Roads in Japan use a left-hand traffic system. Since right-turning cars may

be waiting in the right hand lane of a two-lane road, keep driving in the left

lane if you do not intend to turn right. Don’t forget to use your indicators when changing lanes so that cars behind know your intentions.

traveled past or turned left. Priority is given to left turns in Japan. There are no rules regarding giving way to right-turning cars. 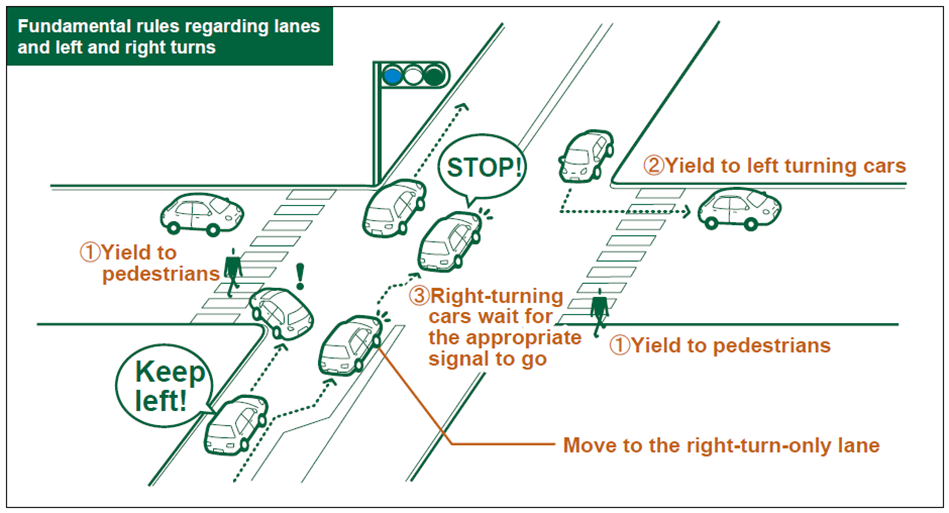 (3) Never fail to stop when a traffic light is red.

When a right-turning arrow is shown, turn quickly
while paying full attention to oncoming vehicles.
Many intersections where this type of traffic light is
provided have right-turn-only lanes.

(6) Pay attention to the no-overtaking zones.

(7) Bring your motorcycle to a complete stop at stop signs and in front of train crossings. 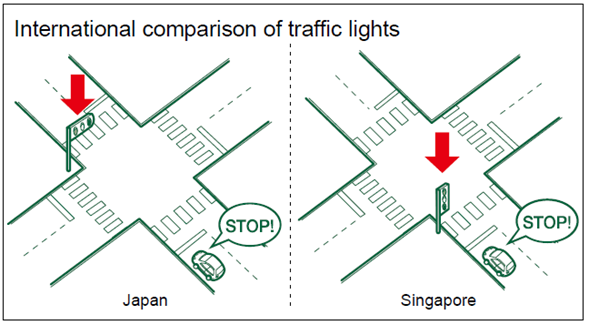 All over the world it is now considered common sense not to drive a car under the influence of alcohol. It is the same in Japan, however enforcement of the law and penalties for breaking it are stricter here. If alcohol is detected by a breath test, you will be penalized with imprisonment of up to three years or a fine of up to a 500,000 yen. Even more severe penalties are imposed for driving while intoxicated. In Japan, drivers who refuse to take a breath test are also punished. Sober passengers who ride together with a drunken driver as well as those who encouraged a driver to drink will also be punished. Never drink and drive. 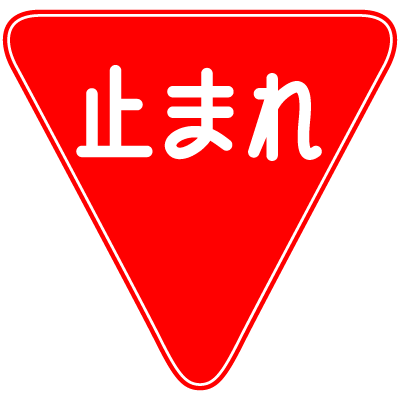 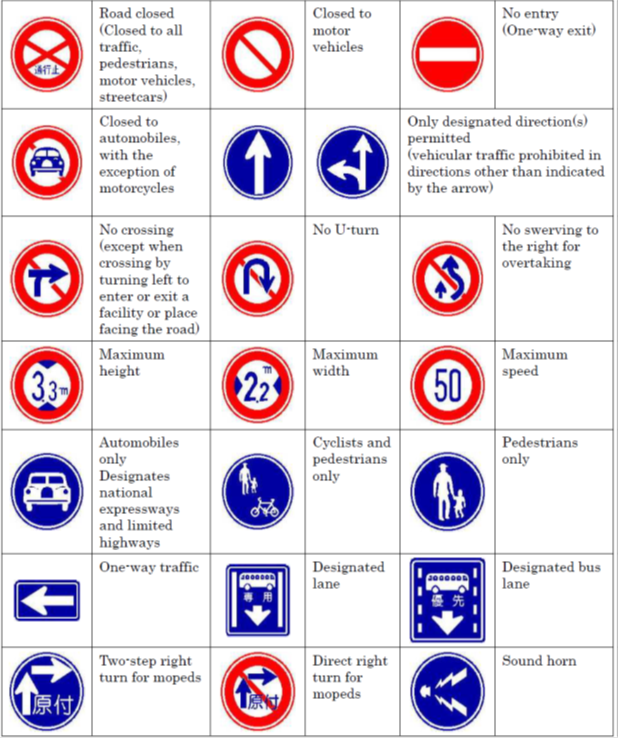